The Plight Of Cats

Ah, cats. Never have cats garnered more attention than in the age of social media. The hilarious antics of these cuddly fur balls are the
subject of countless photos, videos and memes. Show us someone who claims they haven't laughed at a cat on social media, and we'll show you
someone who has never used social media. 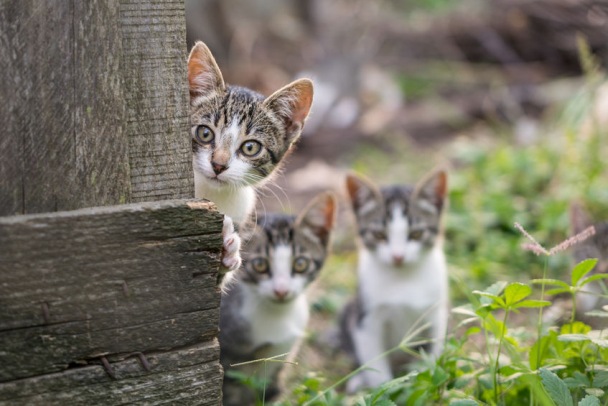 But there is hidden dark side behind all of those adorable cats: they have owners who cared enough to chronicle them, while millions of
cats do not. According to the Humane Society of the United States, an estimated
3.4 million cats enter U.S. shelters every year. Of those, 41% will be euthanized.

Closer to home for the Heigl Foundation, in the Los Angeles area, huge improvements have been made in decreasing the euthanasia rate for
companion animals. However, the numbers are still bleak for cats.

For example, the County of Los Angeles Department of Animal Care
and Control (DACC), regarded as the largest municipal animal control agency in the U.S., has seen a 10% decrease in the euthanasia rate of
cats over a five-year period. That sounds great. But when you look at the underlying numbers, it's still an alarming number of cats. In fiscal
year 2010-2011, DACC impounded nearly 90,000 animals, over 35,000 of which were cats. Of those, 82% were euthanized, compared to only 42% of
dogs. Fast forward to fiscal year 2014-2015, and of the 69,000 #impounded animals, just over 29,000 were cats. Of those, 72% of cats were
euthanized, which is over 21,000 cat lives snuffed out.

L.A. Animal Services (LAAS), animal control for the city of Los Angeles,
which has been actively seeking to achieve "no kill" status for several years, is doing better. In fiscal year 2010-2011, they
impounded a total of 58,000 dogs and cats, of which 22,000 were cats. Sixty-percent of those cats were euthanized compared to only 26% of dogs.
Compare that to fiscal year 2014-2015, LAAS impounded just under 50,000 dogs and cats, of which 43% of cats were euthanized. That seems like a
fantastic improvement for cats, and it is, representing a whopping 17% decrease in the euthanasia rate for cats over a five-year period.
However, LAAS still euthanized nearly 8,000 cats. Eight-thousand lives lost, and still we are forced to acknowledge that as a vast
improvement.

While there are no simple solutions, there are some things that people, as cat lovers, can do to help to save cat lives.

If you own a cat, try to keep your cat indoors. An indoor cat is a safe cat. He will not become prey for other wildlife such as
coyotes (no, your cat cannot outrun a coyote), and cannot be a nuisance to your neighbors by defecating in their flower beds.

If you have a cat that absolutely, positively will not be contained, make sure you keep visible identification on him such as a
collar and a tag. Many people see a cat without a collar as a stray, unowned cat. Placing a collar on your cat with an identifying tag will
send the message that your cat is an owned and loved cat. It will also allow your neighbors to speak to you directly if he's become a
nuisance, instead of toting him off to a shelter.

Microchip your cat and register the chip with the manufacturer. If your cat loses his collar, that microchip will still be implanted and
will provide a means for the shelter to contact you if your cat is impounded.

If your cat is missing, look for him in your local shelter. You often hear people say, "I think my cat just ran off and died."
Over 90,000 cats are impounded annually in the Los Angeles area alone. Of those, a paltry 1% are returned to their owner. It's sad to think
how many of the owners of the other 99% never even looked for their pet because they assumed that he or she "ran off and died." 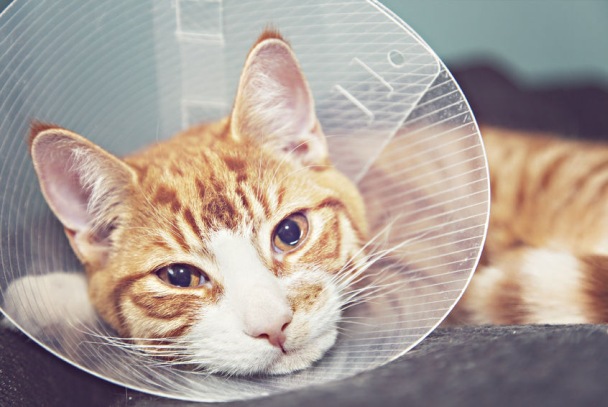 Spay or neuter your cat. Let us repeat: spay or neuter your cat! Unless you have a purebred, champion exotic cat of some sort, you do not
need to breed your cat. That includes the stray you have been feeding on your porch for several months or years. Even with the best of
intentions, accidents happen and those accidents with unaltered cats result in another litter. The best way to avoid those accidents and never
have to worry about another litter of unwanted cats is to spay and neuter. Many communities have resources that provide low cost spay/neuter for
cats. That's how dire the cat overpopulation problem is: hundreds of thousands of dollars are being provided to non-profit groups to fix your
cat for you for little to no cost. Your local animal control should be able to help you locate a provider.

Even if you want a kitten, spay or neuter your cat. U.S. shelters are inundated every year with kittens needing homes, which brings us to
our final step in helping save cats lives...

If you decide to add a new cat to your family, adopt from a shelter or rescue. Many shelters have promotions for cat adoptions that reduce
the adoption fee, or waive the adoption fee altogether. However, even if there is an adoption fee, the fee usually covers spaying or neutering,
a round of vaccines, and sometimes even a microchip. And it has the added benefit of saving not just one life, but the life of your new family
member, which frees up a cage for the next cat looking for a home.

No matter where you live, by taking these small steps as a cat owner, you are being an advocate for cats by helping to save the lives of cats.
Not to mention, you may even make Grumpy Cat smirk with pride.