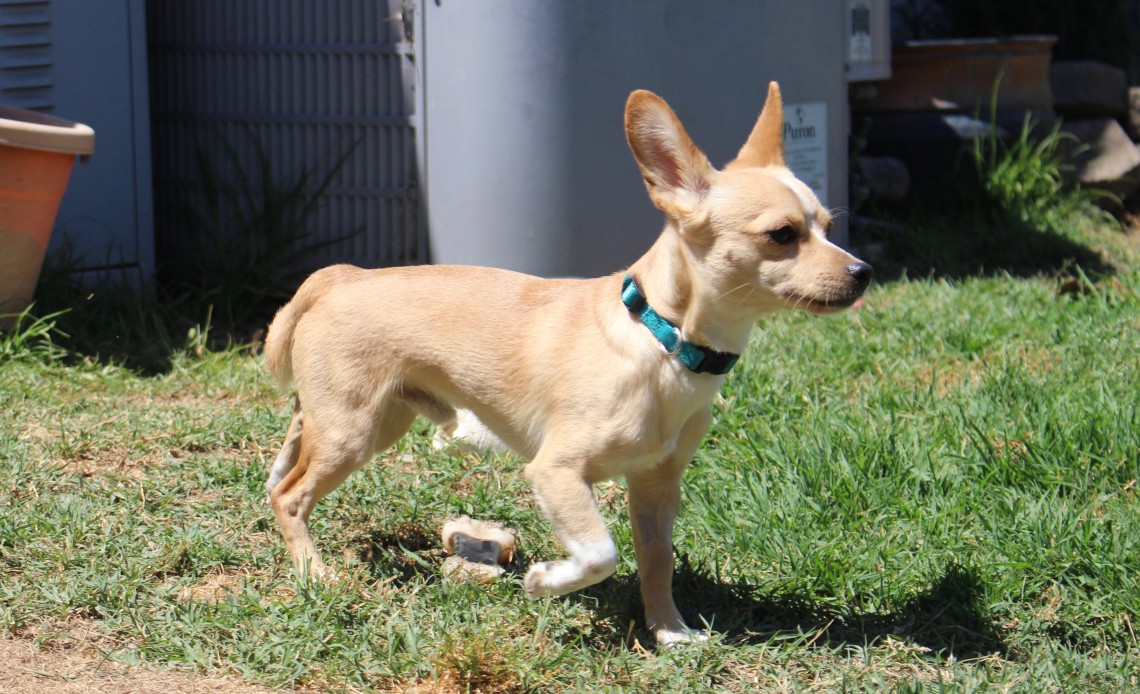 Meet Fennec! Fennec is a Chihuahua mix, (possibly mixed with Dachshund?) approximately 10 months to one year old. He was impounded in a Los Angeles shelter with another dog suspected of being his mama. Both dogs were surrendered because their previous owners were moving. Apparently, the previous owners took the time to dump their dogs, but didn’t allow enough time to tell the shelter anything about them. So, our knowledge of Fennec begins when we got him from the shelter on April 1.

Fennec is a joyful, friendly little dog, weighing in around 8 pounds. Possessing a true puppy energy, he loves to run, jump and play. He’s smart, too, having taught himself how to use the dog door within a couple of days of bring in foster care. He’s currently being fostered with a plethora of other dogs, big and small, and does well with all of them. If the other dogs are up for playing, so is Fennec! But when he’s ready to rest, he loves to cuddle next to his person for a nap.

Fennec is available for adoption in the Los Angeles area. 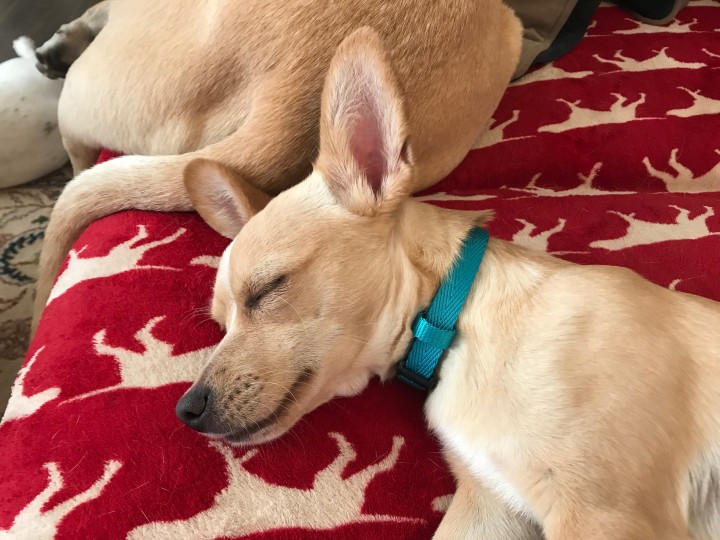 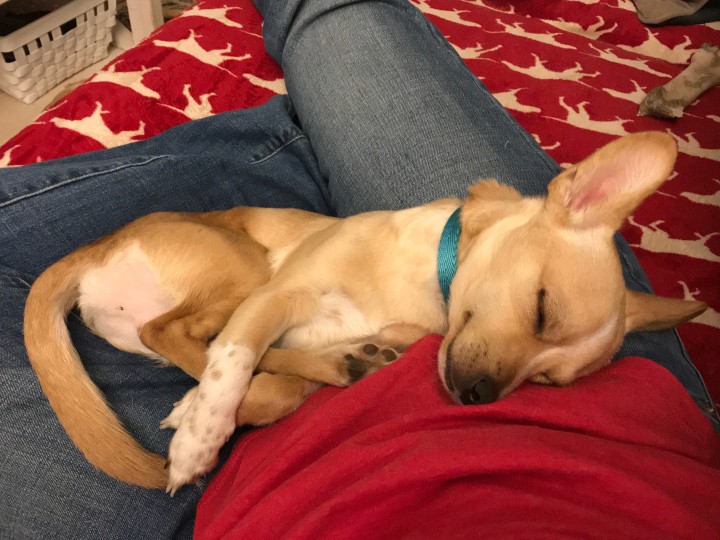 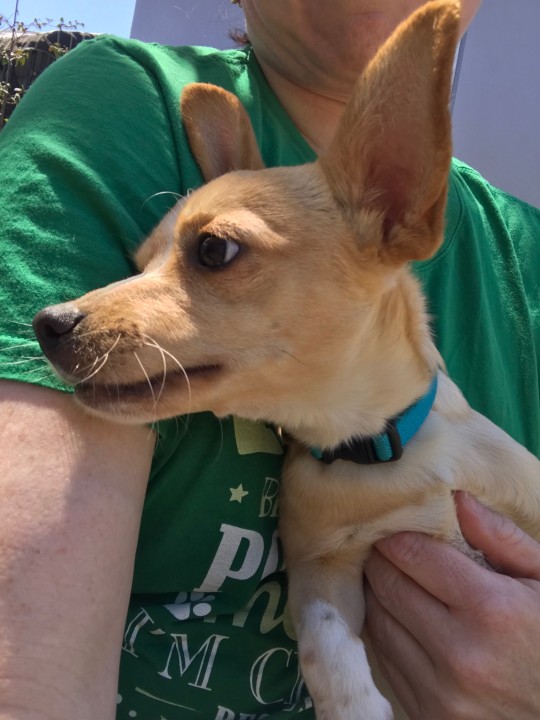 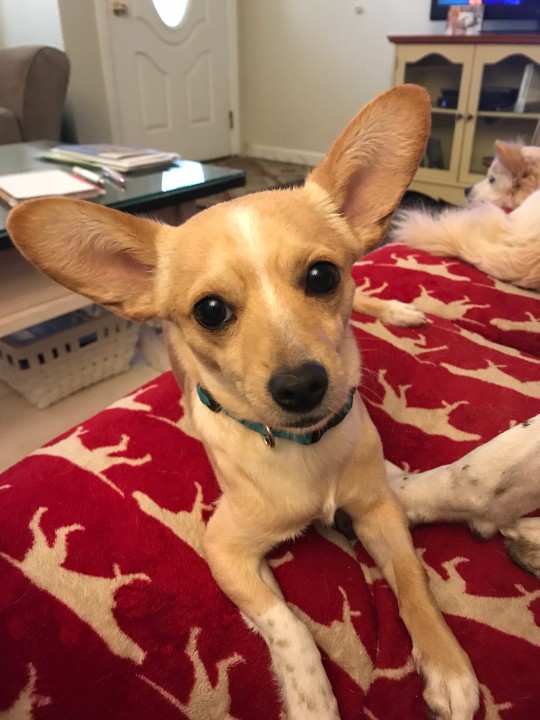 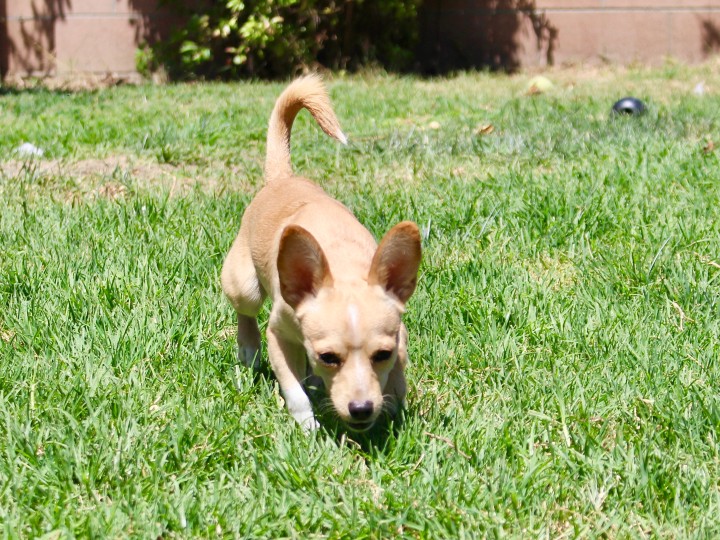 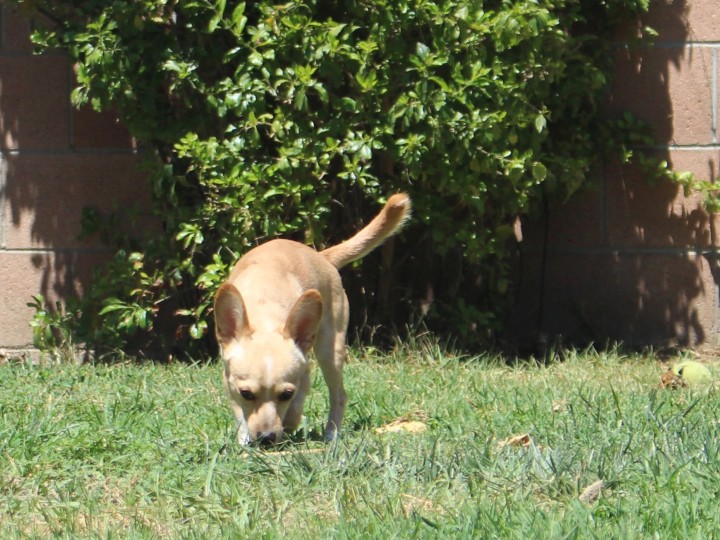 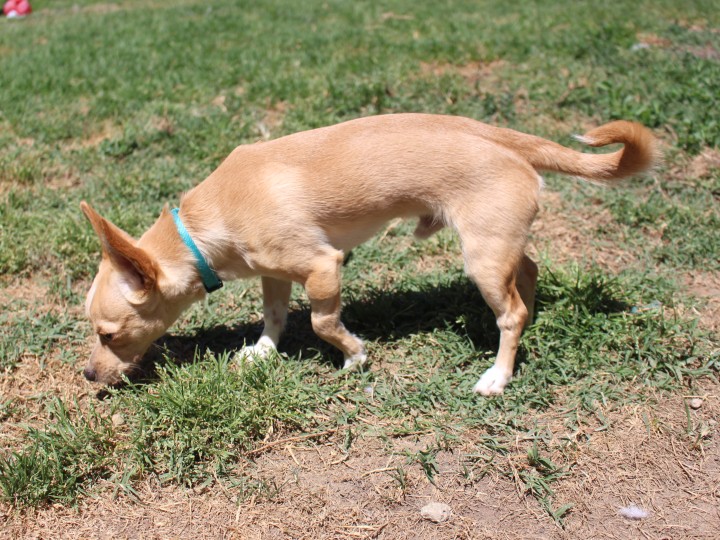 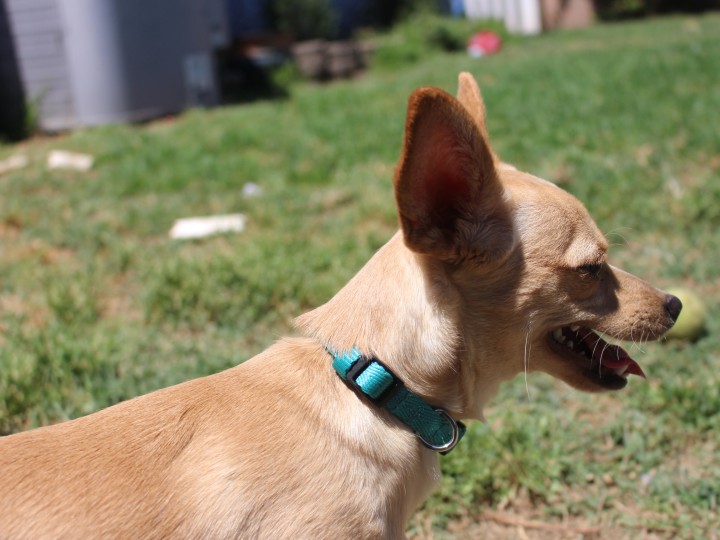 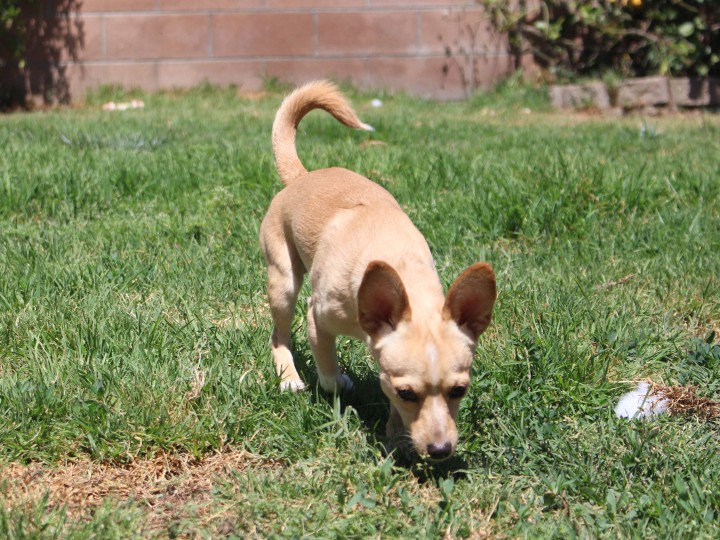 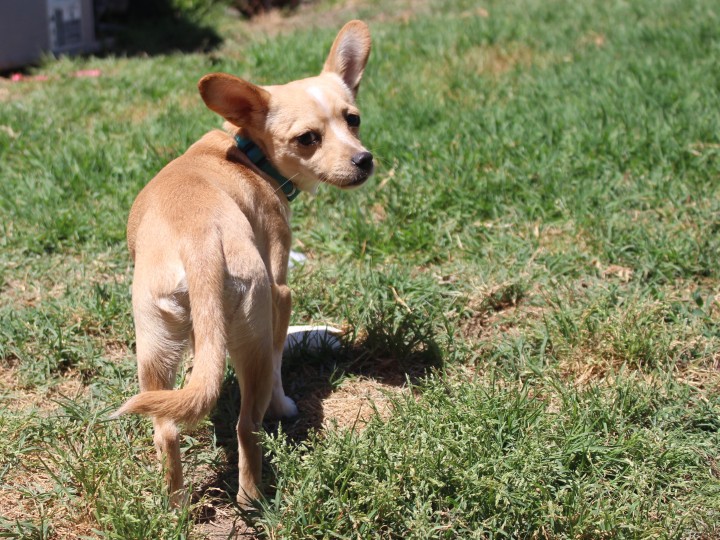 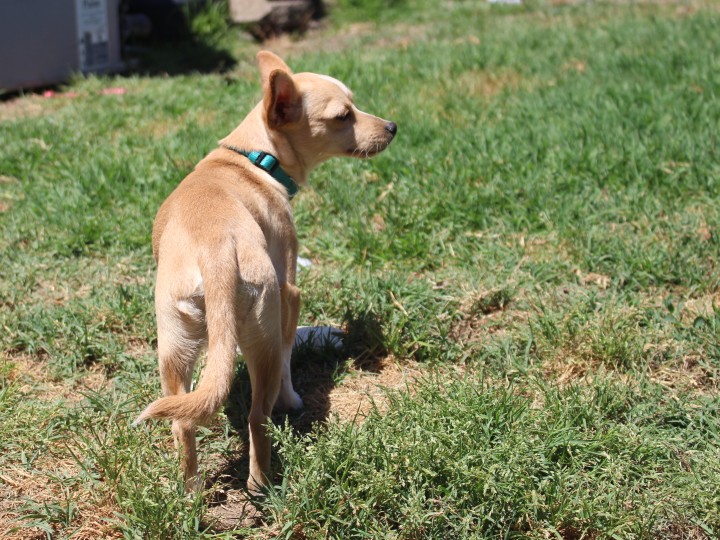 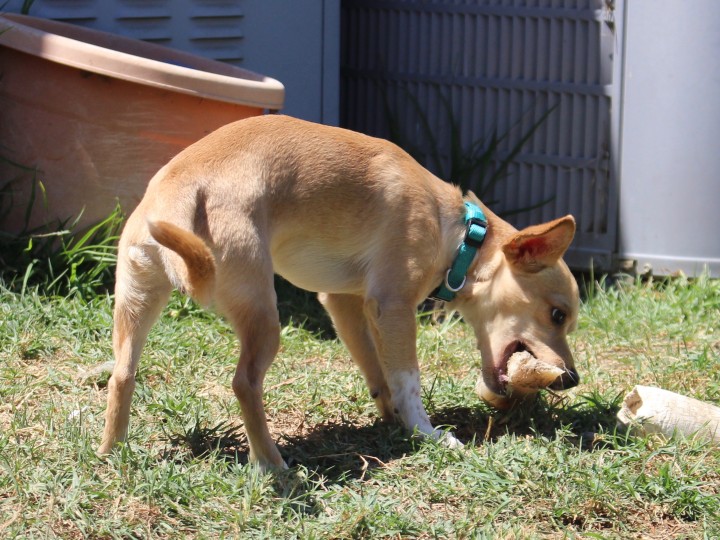 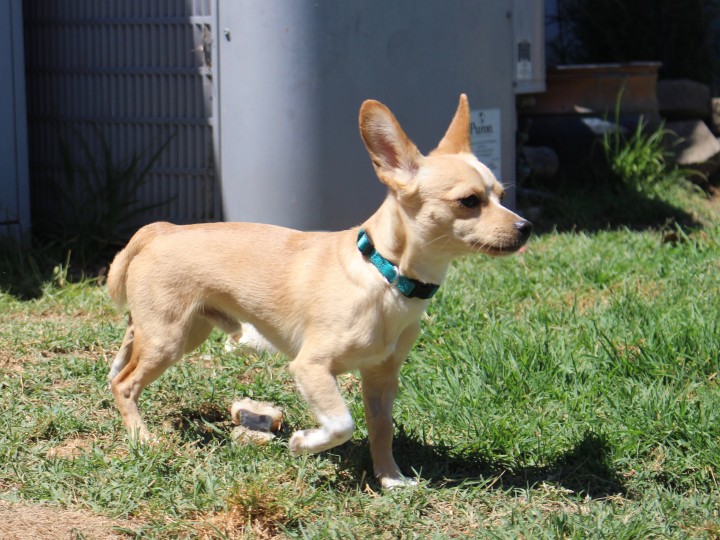 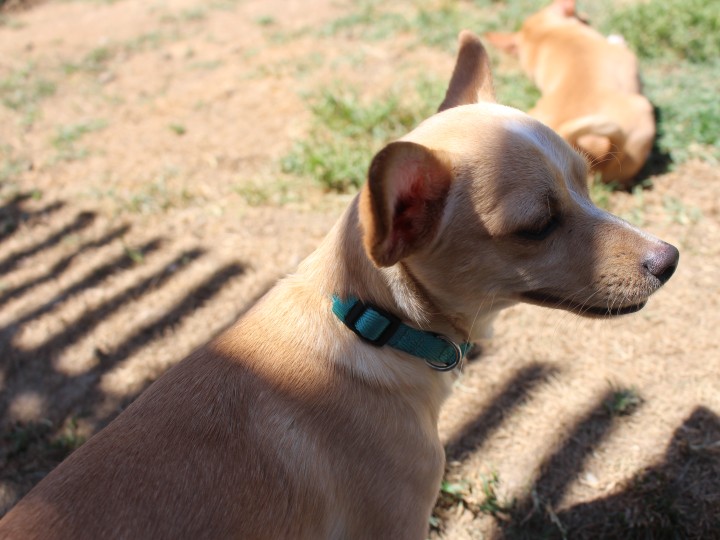 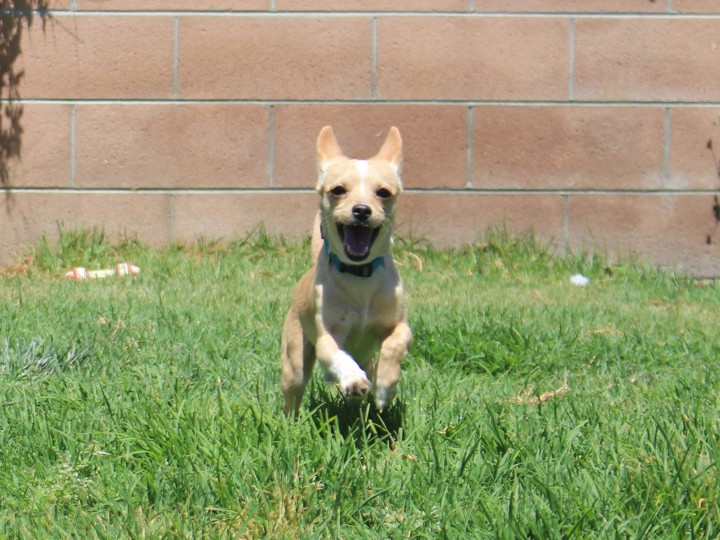 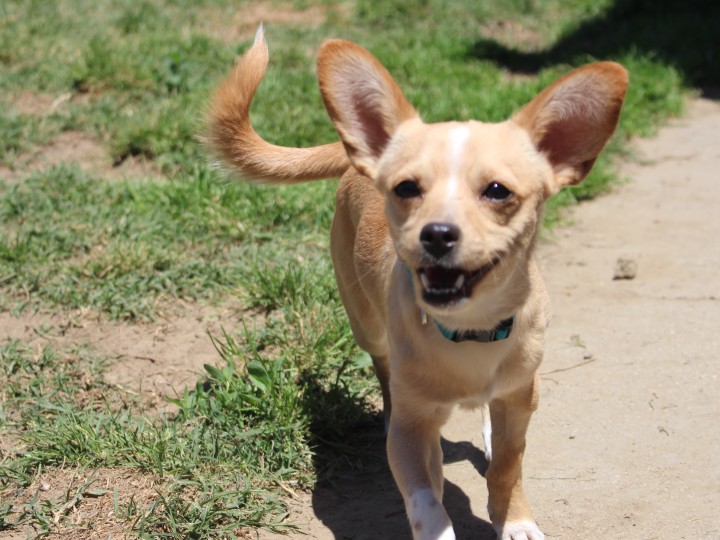