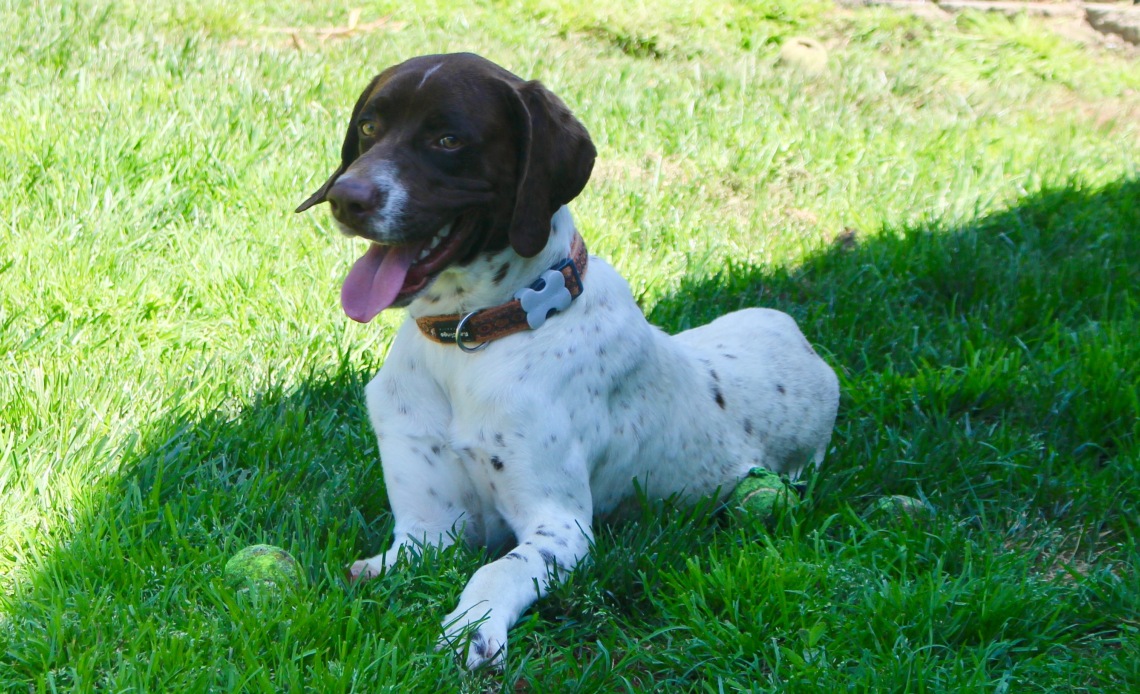 When we first saw Jayce’s impound photo at a Southern California shelter, in which he appeared to be a purebred German Shorthaired Pointer (GSP), we were sure he would get adopted immediately. After a week or so, he still wasn’t adopted. We called the shelter and found there was absolutely no interest in Jayce, most likely due to a birth defect that wasn’t visible in the photo. JDHF has always been a sucker for the underdog, so we went to get him that day.

Jayce does appear to be a purebred GSP except he is small (only about 40 pounds) and his fur is slightly longer than most GSPs. He also has a full tail. His right front limb is pretty much a stump…he has an “elbow” but the limb stops short of where his “wrist” would be. It doesn’t seem to keep him down. He uses that limb in its modified form, fluffing his bed, helping to hold bones and toys, and to provide some stability when he is playing.

Like a GSP, Jayce is very sweet, energetic… and mischievous. He is learning some manners, but we suspect he was not paid much attention in his previous life nor given toys to play with. Also like a GSP, he loves attention, cuddles, carrying around a toy, sleeping in the “starfish” position, and running! Unlike most GSPs, though, he cannot scale a six-foot wall. So, if you have always wanted a GSP, but do not have a super-tall fence, Jayce may be the dog for you!

Jayce is about a year or so old, mostly house trained, crate trained, vaccinated, neutered, and microchipped. He is currently being fostered in a home with three other male dogs of varying sizes and gets along with them all. He loves to play with his GSP foster-brother best of all and would do well in another GSP household.

Jayce is located in the Los Angeles area. 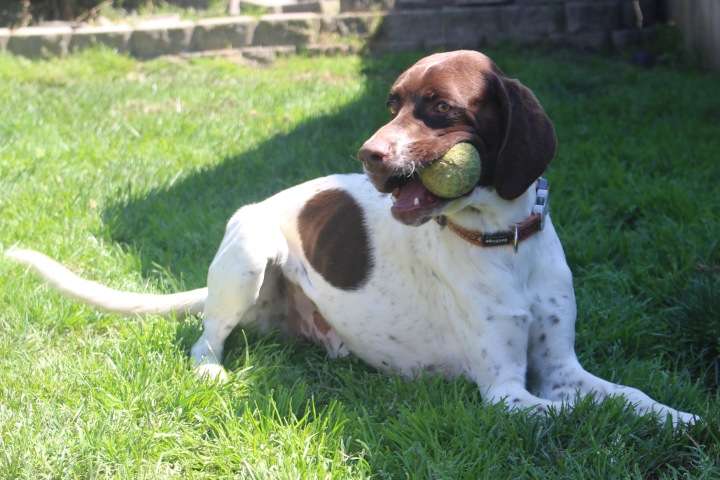 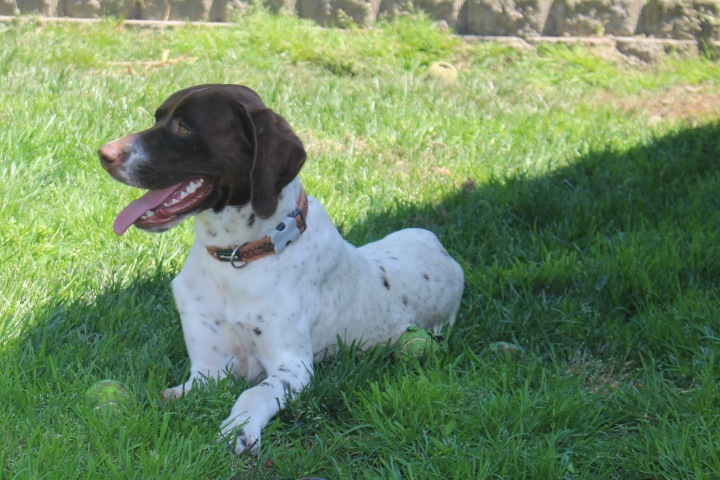 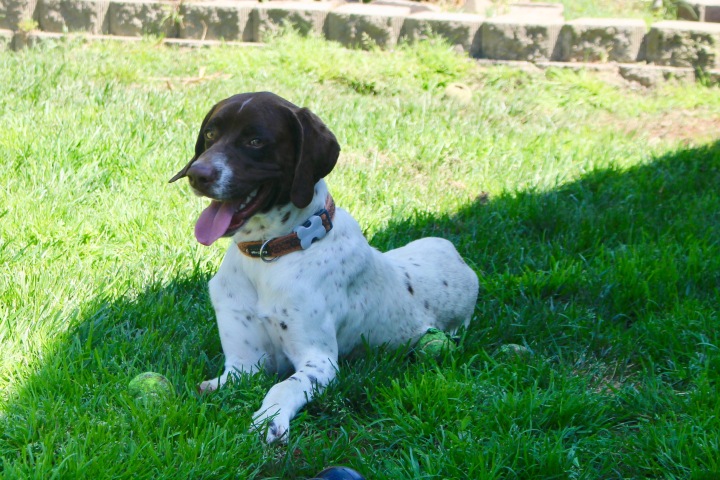 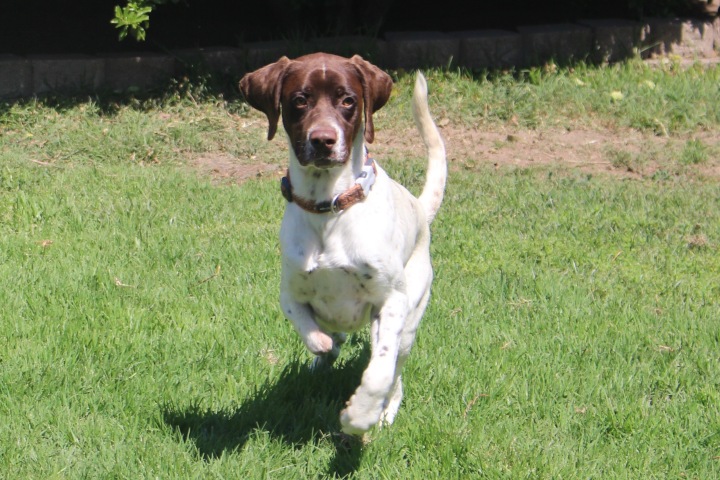 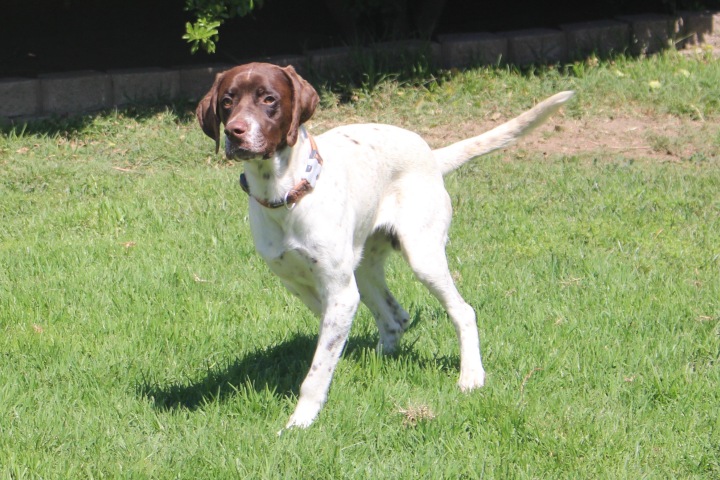 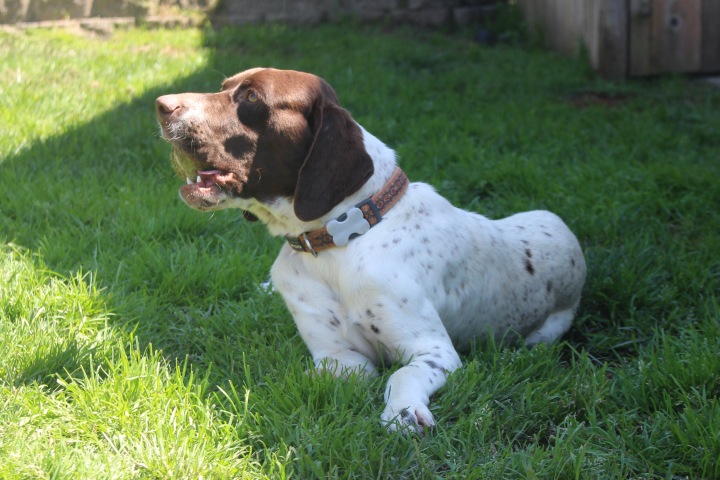 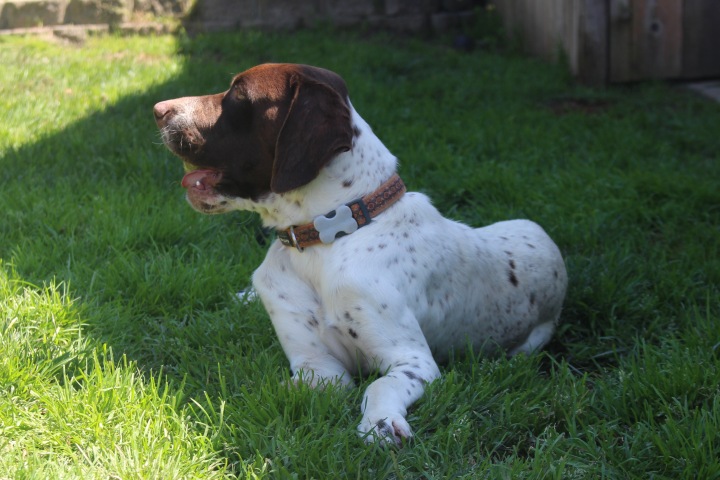 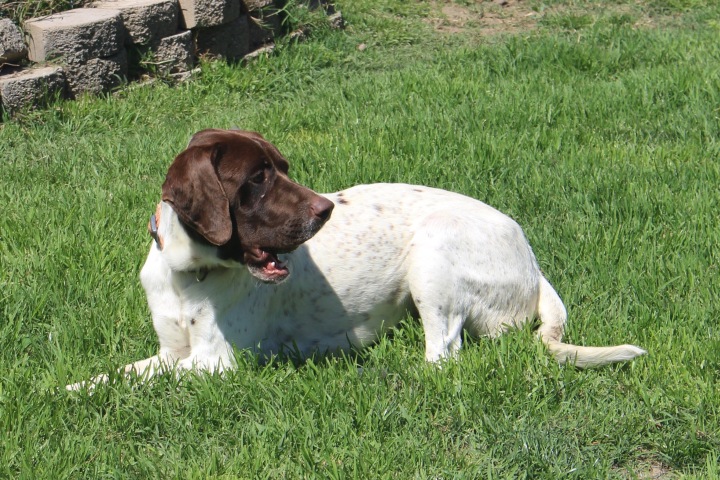 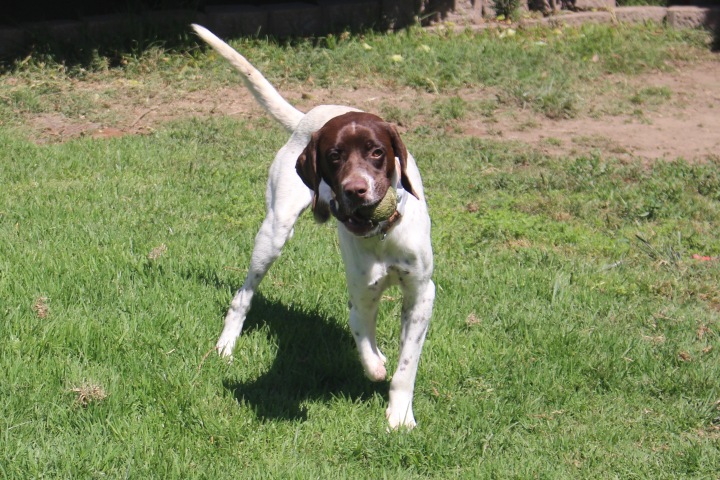 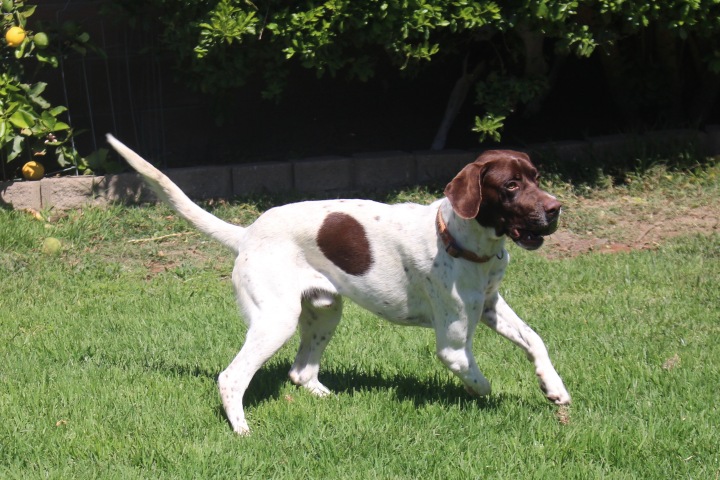 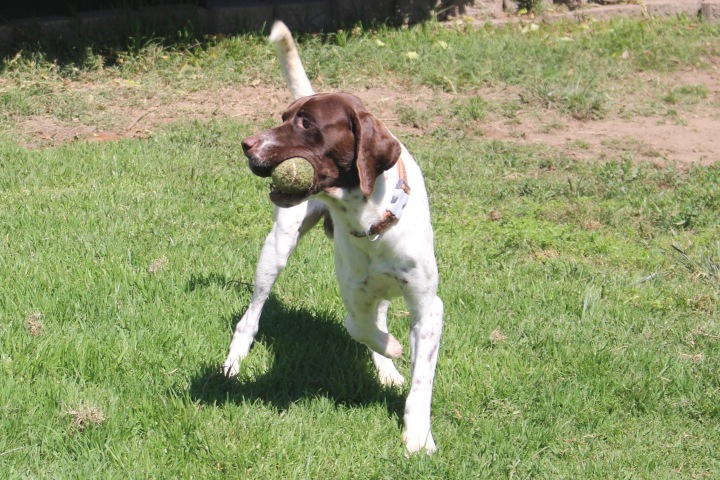 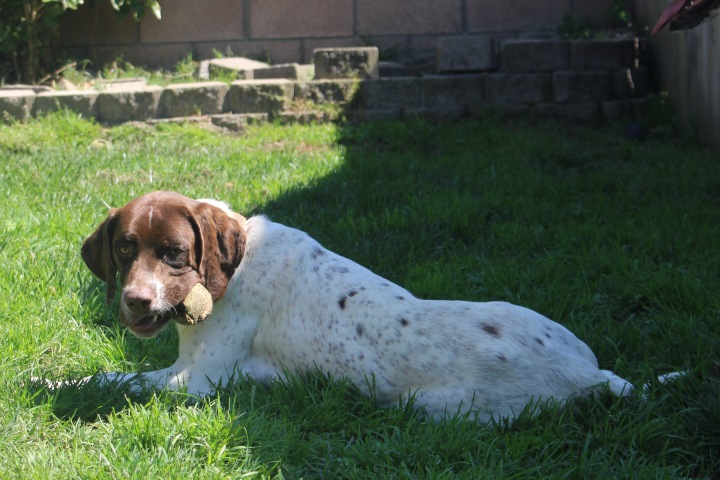