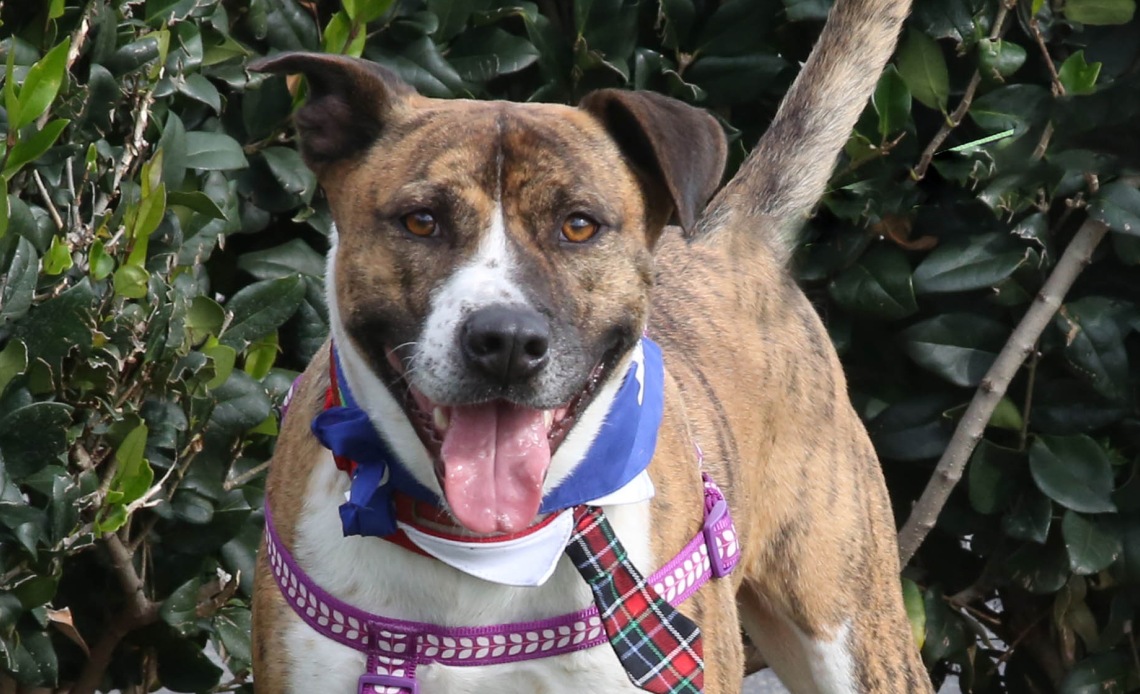 Peter is a gorgeous hound mix… maybe. Or maybe a boxer. Or maybe a pit bull. Frankly, we’re not really sure what Peter is, we just know that he’s beautiful. Some of Peter’s friends think his name should be “Tiger.” Since Peter came with his name, we’ll go ahead and keep it. See, Peter was initially impounded at a Southern California shelter in June 2016. He was adopted after about a week. Six months later, Peter was found wandering the streets of Lancaster by a good Samaritan, Silvia. Silvia had Peter scanned for a microchip and contacted Peter’s owners so that they could have him back. However, Peter’s owners told Sylvia they didn’t want him back. Silvia asked us to help Peter.

Peter is a very friendly boy. He loves people and absolutely lights up around children. He’s very sweet, affectionate and loving with people. However, Peter is inconsistent with other dogs. He has lived with small dogs in his foster homes and done very well. However, he definitely does not want any dogs getting in his space while he eats. We’re not sure how Peter is with large dogs, but we suspect that it will depend on the dog. The best home would be one with no other dogs.

Peter is not particularly hyper, but would do well with an active family. He would love to hike and play with his humans or just lay on the floor with his head on his humans taking a nap. He is neutered, vaccinated, microchipped, crate-trained and house trained. Peter is strong but walks fairly well on a leash using a Gentle Leader. We think Peter is around 3 years old and he weighs 58 pounds.

Peter is located in the Los Angeles area. 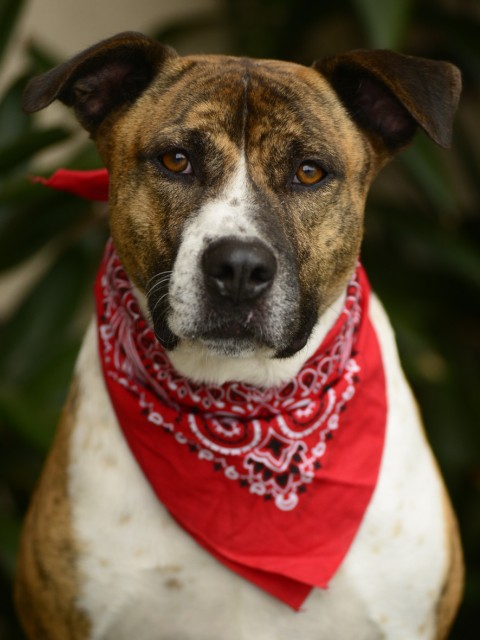 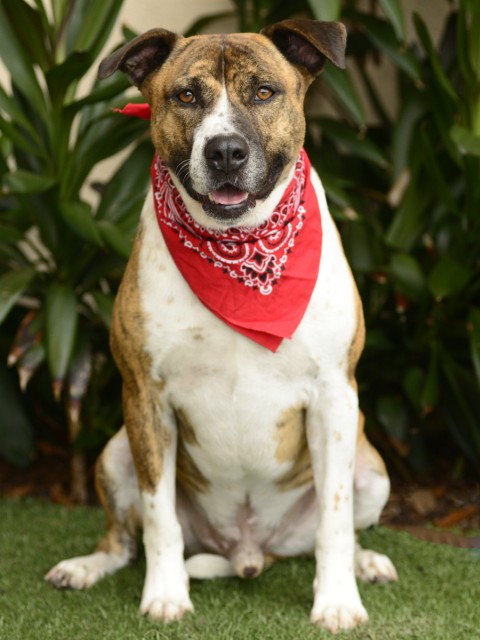 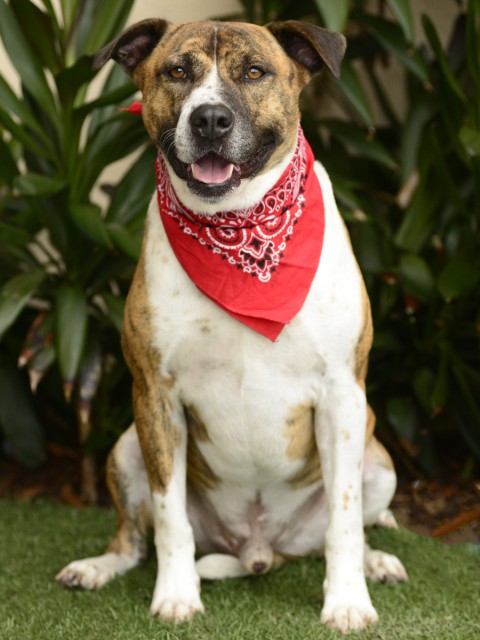 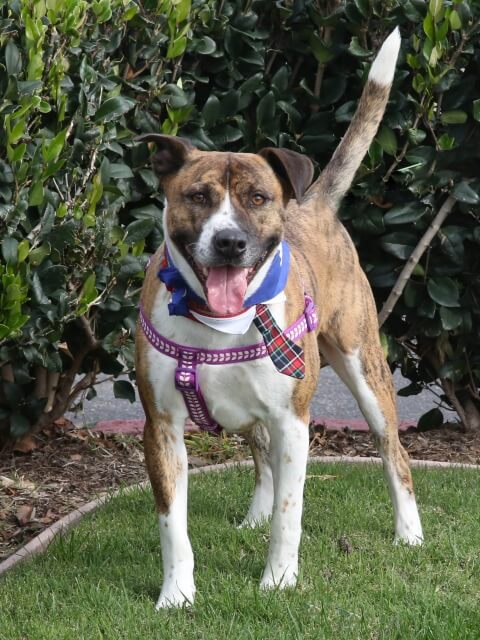 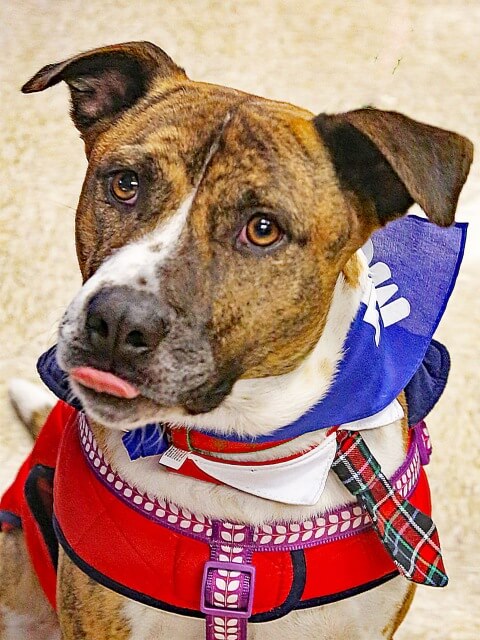 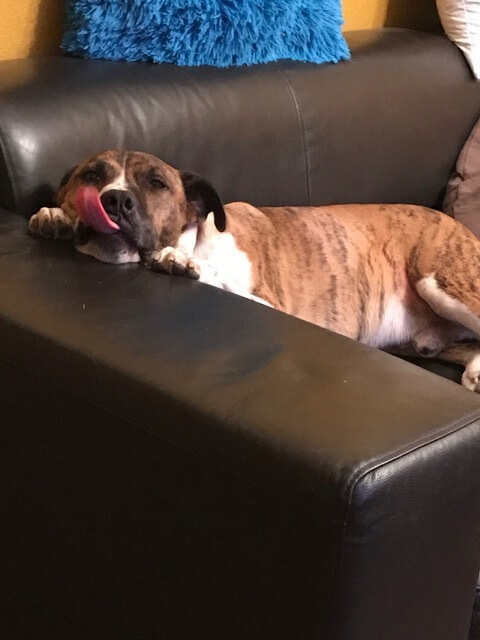 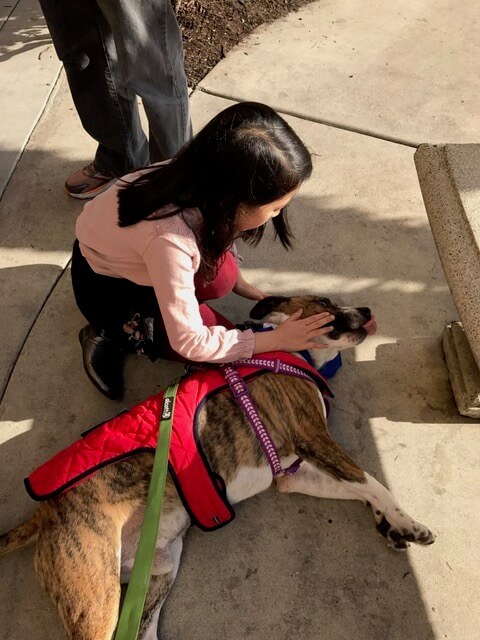 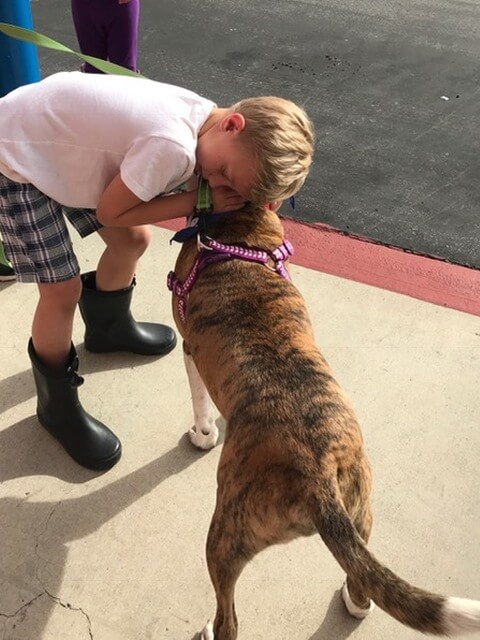