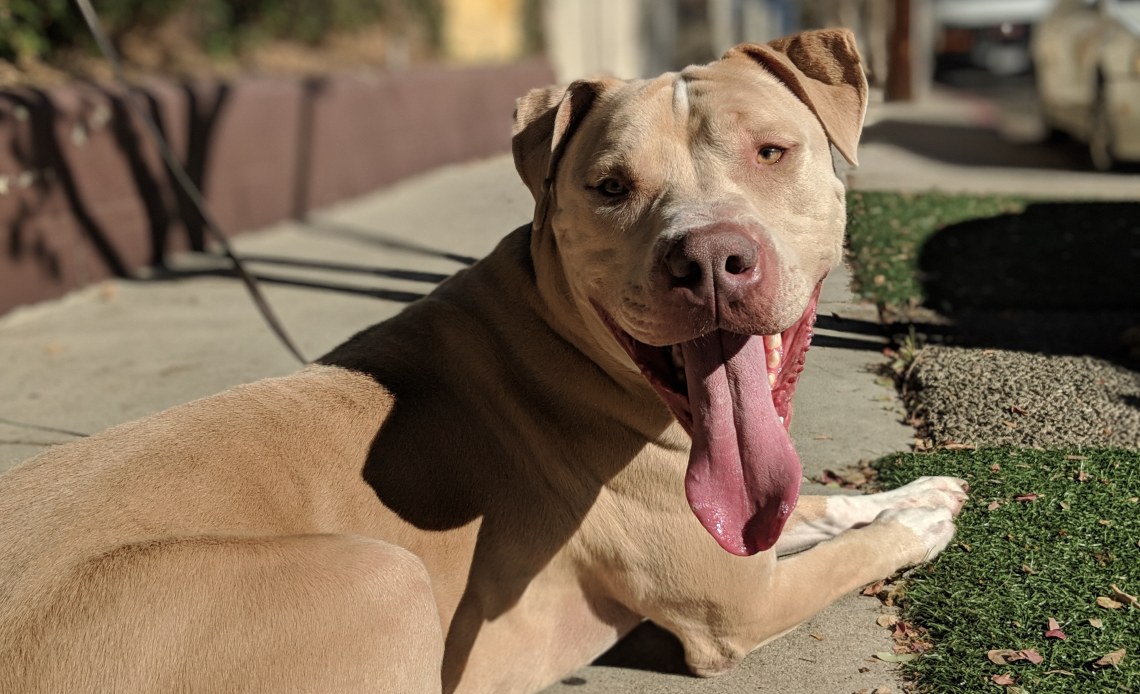 Zeus has had a couple of names, but Zeus seems to fit him best. He’s an incredibly regal looking boy.

Zeus ended up in a shelter in Utah when he was only about a year old. A very big puppy at nearly 80 pounds, he was twice adopted and returned. Once for not getting along spectacularly with the male dog in the home, and the second time because the family was not giving him enough time. Unfortunately, that second home lacked structure, and like any child, Zeus began acting like a spoiled brat, a puppy in an adult dog body, who didn’t understand his own strength.

Zeus underwent training at K9s Only in Los Angeles and is so much better behaved now. He knows his manners and how to walk well on a leash. Zeus still has his puppy energy, a sweet, goofy boy, but he knows better how to handle that energy now. Zeus will benefit from a home that understands that dominant breed dogs feel safest with structure, and be willing to provide him with that structure. Along with the training he received, an adopter will get lessons with Zeus’ trainer to learn what Zeus has learned, and ongoing training support.

Zeus is now about two years old. He’s neutered, vaccinated and microchipped. As he has been in a boarding situation a few times, he may need some refresher house-training. He would do best in a home as either the only dog, or with female dogs.

Zeus is available for adoption in the Los Angeles area. 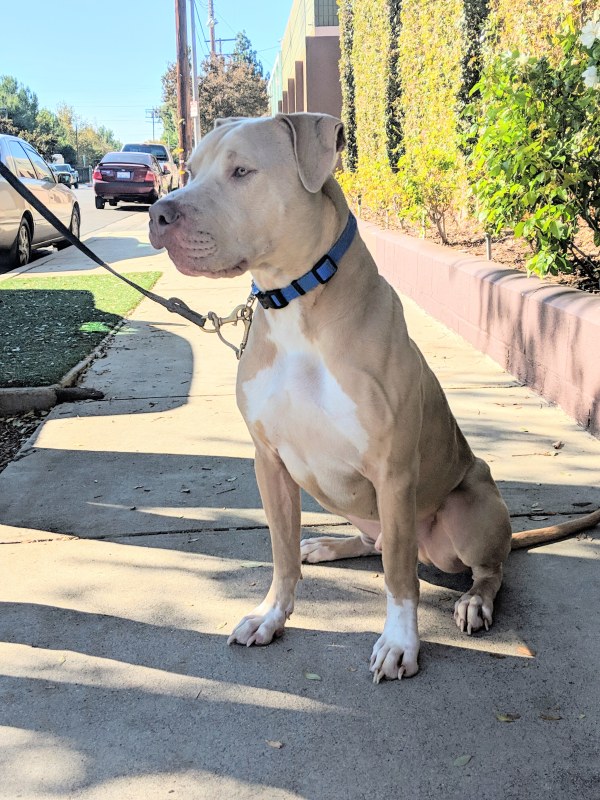 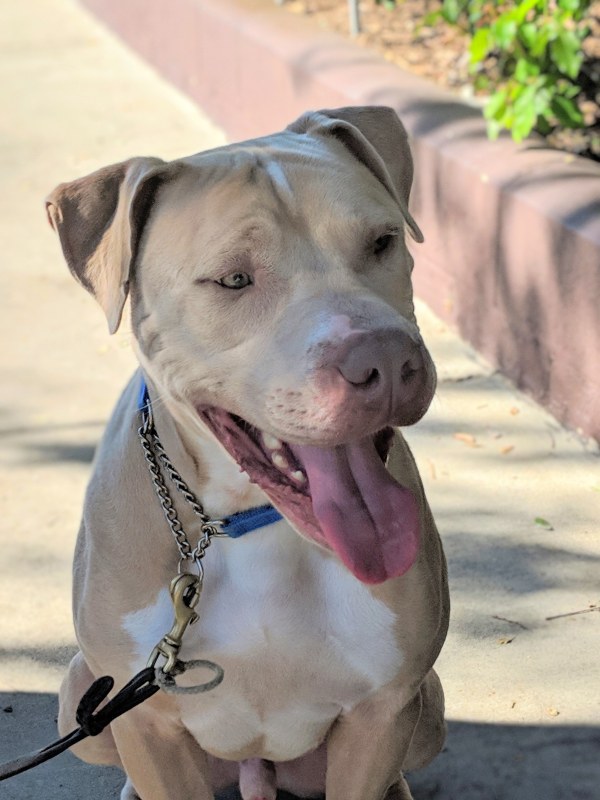 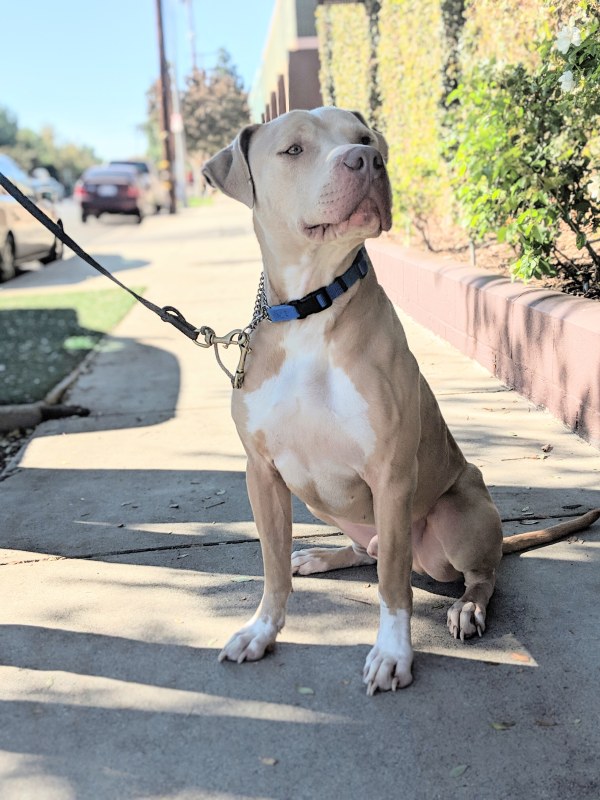 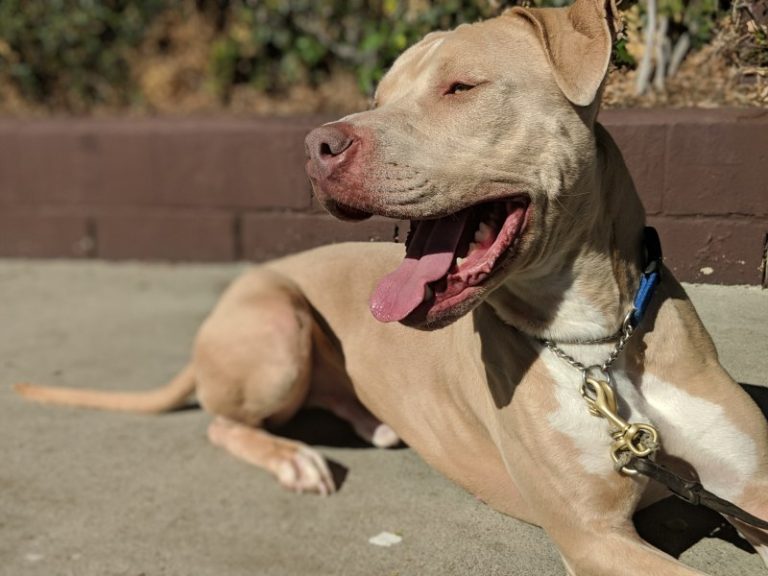 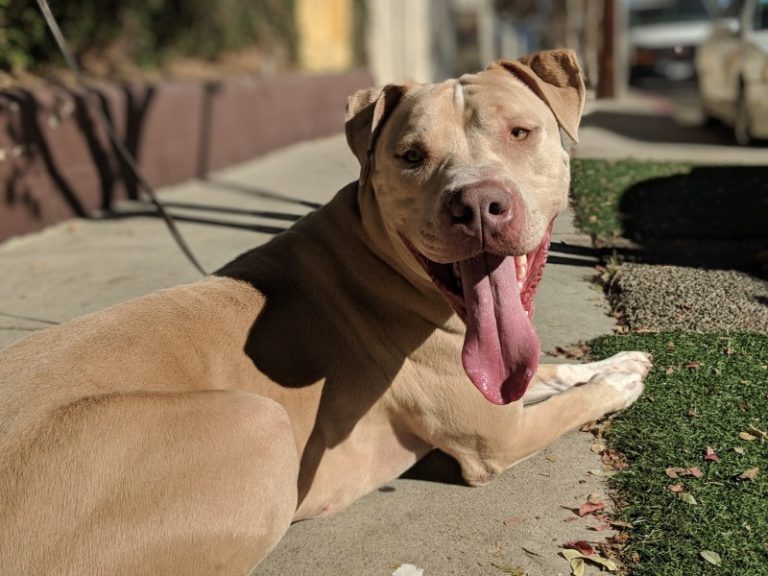 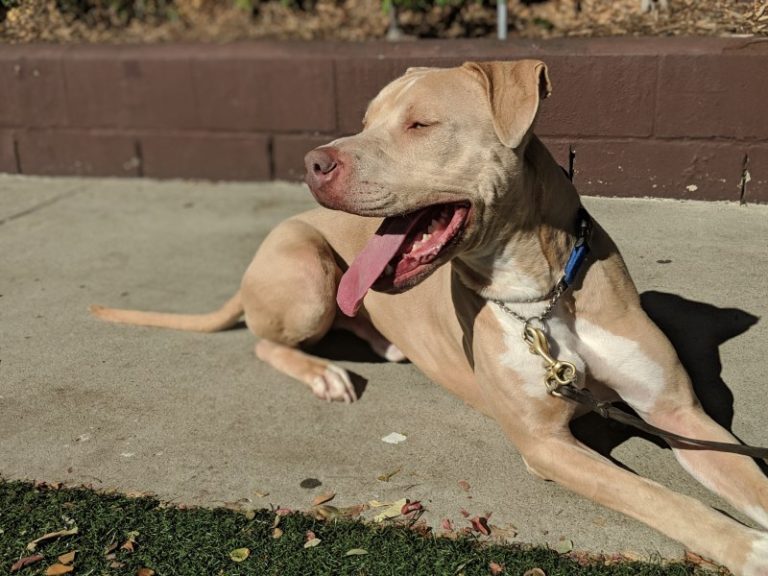